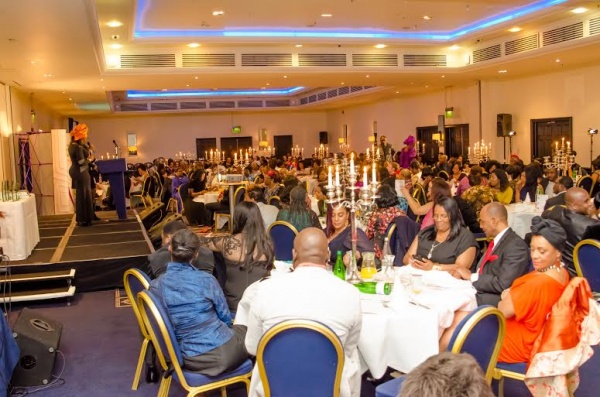 Pastor Yemisi Ashimowolo, the first lady of Kingsway International Christian Centre, one of the largest churches in Europe, Councillor Elizabeth Kangethe, Mayor of Barking and Dagenham and Minister Lorraine Jones, who has shown a huge capacity for forgiveness and compassion following the death of her son from a fatal stabbing in February 2014 were amongst the award recipients at the 10th Wise Women Awards held at the Tower Guoman Hotel, London recently

Over 250 people attended the Wise Women Awards. This annual event, jointly organised by Wisdom for Women International and Keep The Faith magazine to celebrate the work Christian women carry out in the church and wider society ,attracted leading Christians including Jonathon Oloyede, convenor of the Global Day of Prayer and his wife Abbiih Oloyede, presenter of Womenz World, musician Noel Robinson and his wife Tanya, and Premier Radio presenter Muyiwa Olarewaju and his wife Lola.

A total of 15 awards were presented during the inspiring awards ceremony for achievement in various fields including media, missions, community, business and much more.

Pastor Marjorie Esomowei , founder of Wisdom for Women International and the Wise Women awards said, “Every year I look forward to the Wise Women awards and 2014 was no exception. It’s a good thing to acknowledge the work and achievements of the unsung heroines in our churches, and this year’s award winners were, as always, worthy recipients.”

Shirley McGreal, publisher of Keep The Faith magazine “It was great to witness women, the heartbeat of many of our churches, being acknowledged for the great work that they do not just in the church, but in the wider community. The aim of the awards is to uplift, inspire and encourage. I believe that it achieved all those aims.”

The gathered audience enjoyed a keynote address from Rev Rose Husdon-Wilkin, Chaplain in the House of Commons and Queens Chaplain. She encouraged the women present to live purposeful lives, and to support other women as they strive to achieve success in their chosen endeavours

Comedienne Angie Le Mar made the audience laugh with her humourous stories as she jointly hosted with Priscilla Nkwipo of BEN TV, and MOBO award winning group Raymond & Co brought the audience to their feet with their energetic soulful performances.