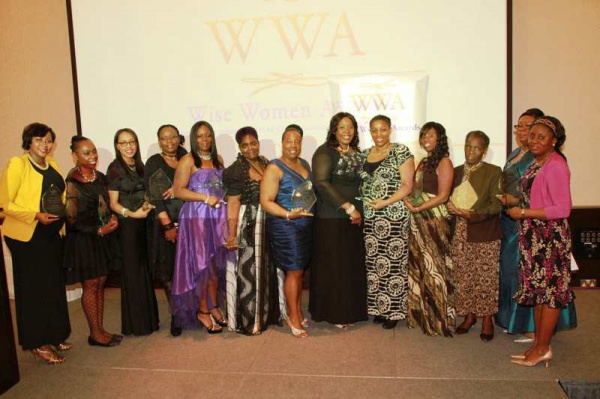 Inspiring, uplifting, motivating are some of are the words that could be used to describe the the 9th annual Wise Women Awards (WWA) recently held at the London Hilton Tower Bridge Hotel held on March 9 to recognise and celebrate the achievements of Christian women in the church and wider society.

This year’s WWA was hosted by leading comedienne Angie Le Mar. She took the awards to a new level with her professionalism, and on numerous occasions, elicited belly hugging laughs from the crowd with her reminisces of church life in her youth.

The WWA was enlivened with performances by Lurine Cato, African praise artist Dayo Bell, Clif’n’Marie who struck the right notes with their renditions and Dionne Gravesande, Head of Church Networks at Christian Aid who during the WWA keynote speech, encouraged women to care and support each other.

It was however, the nominees and award winners who were the stars of the night. The oldest award recipient was Enid Jackson, 82, who received the Naomi Award for founding Culture Dementia UK when she was 67. The youngest winner was NTCG member Shekinah Griffiths, 25, who is one of the youngest directors of a Credit Union here in the UK.

Special guests at the event were former Olympic champion and silver medallist at the 2012 London Olympics Christine Ohuruogu, and Shauna Muamba, the wife of ex-footballer, Fabrice Muamba who technically died for 72 minutes when he collapsed on a football pitch.

Christine Ohuruogu wiped tears from her eyes as Pastor Marjorie Esomowei, founder of the Wise Women Awards and co-pastor of Triumphant Church International (TCI) talked about her accomplishments and Christian faith before presenting her with the Inspirational Woman of the Year award, whilst Shauna Muamba was almost overcome with emotion as she gave her acceptance speech after receiving the Keep The Faith Woman of the Year award for the faith she demonstrated and encouraging the people of Britain to pray after her husband technically died for 72 minutes on the football pitch and for getting the nation to pray.