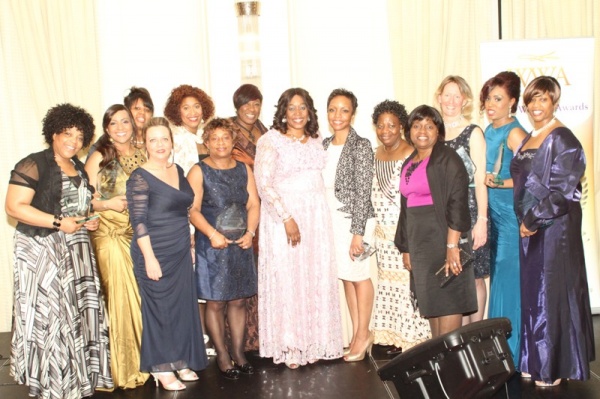 Over 250 were present at the 8th annual Wise Women Awards (WWA), to hear about the amazing things Christian women across the denominational spectrum are doing in their churches and the wider community.

Pastor Marjorie Esomowei, the brainchild behind the WWA shared her reasons for the event, to the capacity crowd in the London Hilton Paddington Hotel banqueting room, and saluted women everywhere for their contributions to the church and society.

The audience enjoyed an uplifting speech from Angela Sarkis, a Charity Consultant and the first black woman to head international charity The YMCA.  She encouraged women to remember that they are beautiful, to aim high and to support each other.  There was also musical entertainment from Rachel Kerr, Beverley Trotman and the Premier Gospel Choir.

The awards ceremony was moving and inspiring.  The audience were able to get an insight into the work and personal journeys of both the winners and nominees, as the hosts for the evening, Marcia McPherson and Grace Eghomie, read out the nominees stories before the winner of each award was announced.

Shock, surprise, gratitude to God and speechlessness describes some of the reactions of the nominees as their names were announced as award winners.

Guest of honour for the event Doreen Lawrence OBE received a spontaneous standing ovation as she stepped onto the stage to receive the Keep The Faith Woman of the Year Award.

Both the nominees and winners made the Wise Women Awards an event to remember and lived up to its aim which was to recognise the contribution of Christian women in church and society.