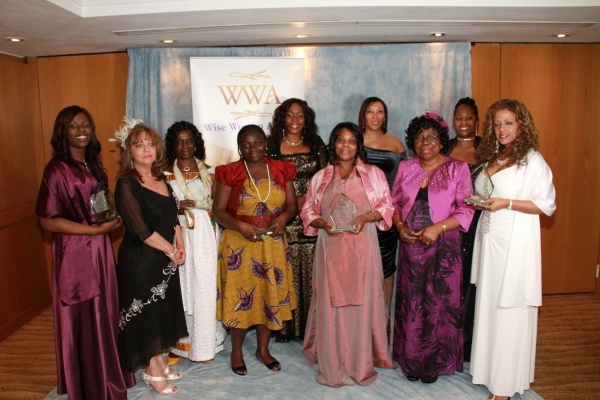 On April 2nd 2011, OVER 250 women from across the UK gathered at the Hilton London Kensington Hotel for the 7th annual Wise Women Awards, an event which recognised the achievements of black Christian women across the denominational spectrum.Attendees included history maker Angela Sarkis CBE, who became the first black woman to be appointed head of the YMCA in 2007, Bishop Wayne Malcolm, leader of Christian Life City, and special guest of honour Rev Rose Hudson-Wilkin, the first black woman to be appointed chaplain to the Speaker in the House of Commons.

The awards, jointly organised by Keep The Faith magazine and Wisdom for Women International, is the brainchild of Pastor Marjorie Esomowei, co-pastor of Triumphant Church International.

The audience enjoyed delicious food, exceptional performances from saxophonist Millicent Stephenson and singers Lurine Cato, Beverley Trotman and Janine Dyer, and a memorable awards ceremony. The award winners were chosen from a list of nominees by a special panel of judges.

Award recipients included Esther Baiden, winner of the Missions award, sponsored by Christian Aid. A cleaner, Esther set up Fo Francis Foundation with her own funds and helps single mothers and orphans in Ghana and the UK. Elizabeth Forbes-Stobbe, founder of Dial a Carer, was speechless when her name was announced as recipient of the Business award, and domestic violence survivor Kim Bacchus received the Life Turnaround award.

What was touching about the ceremony was that all the women were genuinely surprised at winning their award.

Pastor Marjorie Esomowei said: “God gave me a vision to organise an event that honours Christian woman. It was great that it has now reached this level, where women across the denominational spectrum are being acknowledged for the work that they do, and I was really moved by their stories. I am now looking forward to honouring more women at next year’s awards.”