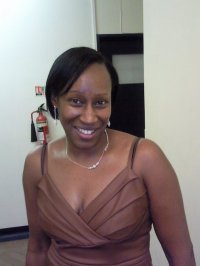 We are nominating Hannah for her selflessness and her courage in spite of devastating loss. Hannah has worked for XLP for 4 years. Hannah’s son Nathan was murdered on August 2012 aged 16 years old. I asked Hannah to write a piece about Nathan in relation to funds we wanted to raise in his name for XLP. Nathan was a talented football. Here is a short excerpt of what Hannah wrote earlier this year:

To Nathaniel football was life. He was doing well academically but enjoyed being the class clown and was always making people laugh. The way he and his brother would tease each other would have us all in hysterics, they were like Laurel & Hardy. Nathaniel’s outlook was to have fun and to make the most of every opportunity.

When he was 14 Nathaniel went to Holland with his school football club, with the boys from the years above him as the teacher said he was good enough to make their team. He came back on fire and so proud that they had come second in the league and he had medals and trophies to prove it. Not long afterwards though he got injured and he couldn’t play. It coincided with a growth spurt and he had terrible pain in his knees so the physio said he had to rest or he would aggravate the injury. He took it really hard. I knew he’d lost his confidence, he was feeling really low and wasn’t sure what to do with himself without football in his life. It felt like he was going off the rails and we wanted to help him find his way again. His sister suggested he think about a career in sports physio therapy and he was keen. We decided the best thing to do was to leave the area as a family and for Nathaniel to move schools. As he settled in Kent, he slowly started to seem like the old Nathaniel again. In December 2011 we planned a family trip to Grenada… In Grenada he started asking lots of questions about life and faith; he was clearly searching for meaning and wondering where his life was going. I encouraged him to talk to God about those feelings. He was compassionate about others too.

He was back on track in terms of thinking about his future and said he wanted to try to be a sports physio and see if he could play football too. He took his GCSEs and got seven so I was really proud of him, especially as we’d moved again so there was yet another transition for him. We lined up a placement for him through a friend who worked at the Professional Footballers Association and he was looking forward to getting stuck into that. He had an interview lined up for college and was already excited, planning on wearing a new suit even though they didn’t expect him to be that smart.

On 28th July 2012 we celebrated Nathaniel’s 16th birthday with lots of his friends. We had a meal together and then prayed for him; he was the happiest I’d seen him in a long time. Nathaniel spent the next couple of nights staying with his best friend, Jawan. I spoke to him on the phone and we arranged to meet up the following day so I could bring him home. As I rang off I said, “Keep safe.” “Yeah mum,” he replied. On the 1st August 2012 Nathaniel was stabbed through the heart by a boy he didn’t know at his friend’s girlfriend home.
I asked Helina, Hannah’s daughter what she would say about her mum: ‘My mum has taught me to be strong, courageous and never give up. She will never stop going to church regardless of what she is going through. She always has a smile on her face, encouraging someone else. In regard to her work, it is not just a job it is a passion. She was a counsellor before and she stopped to do this role. She goes over and above for young people and their parents. She has blossomed and she has become more confident. She actually believed and acts upon it. She always had her daily food, devotionals and goes to house groups. She always has her bible. Helina also went onto tell me about the time when her mum was in the housing department with a young person trying to get housing for them.

The circumstances surrounding Nathaniel’s death was devastating. Hannah could have chosen to give up but she has chosen to carry on working with young people at risk. Hannah has written a chapter in Patrick Regan’s book ‘When Faith Get’s Shaken’. She has also chosen to work with parents whose children have been murdered. When I think of Hannah I think of grace. She has taken tragedy and chosen to triumph.