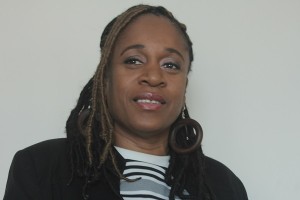 About 5 years ago whilst out shopping it dawned on her that out of the shops she visited none were Caribbean or African even though the products she bought were.

Needless to say, her spirit was troubled and this is when God spoke to her telling her, propelling her to do something to change this. She left her shopping and ran to her computer, and created a facebook group but couldn’t think of a name so SHE just called it “Looking for a black owned business……and I can’t find one”, the aim was to give the African/Caribbean community a much needed platform to promote and sell goods and services as well as the opportunity to buy. SHE kept the faith and by the end of the day 200 people had signed up; SHE was shocked. By the end of the week there were 800 people! After the first two weeks her life got busy and SHE forgot about the group. Two years later SHE went back to the group to find that SHE had 4000 people on her page. It was growing by itself. Subscribers started asking what SHE was going to do with the group but SHE was unsure.

Then she felt it in her spirit again. SHE needed to take the group off the page into a venue.

How was SHE going to do this? SHE is a trained IT specialist and did not know anything about business. She prayed and got a group of friends togethet. They launched the business as NOIR International and called the first event The Best of Black British Business Expo 2014.
The work involved in organising The Best of Black British Business Expo 2014 was immense and intense with many sleepless nights. SHE did not realise the amount of work needed to make the event a success. Naively SHE thought it would be an easy transfer of vendors off the facebook group to a live event, how wrong SHE was. Her and her team had to advertise, promote tirelessly as well as find a suitable venue. An event’s organiser was secured and they called on contacts to tap into other community resources to ensure the event was of a high standard and offered something new and different.

SHE distinctively recalls one day feeling overwhelmed with pressure and stress. SHE turned to God in prayer asking that he continue directing and empowering her team. Not long after SHE finished praying her phone rang, it was a friend asking if SHE was ok and saying he was outside her house. Carol was amazed. He came to see her bearing two gifts, a hug and a CD, which he wanted back after the Expo.

She popped the CD in her car later that day and as the first song belted out SHE heard those words clearly “I was going to give up because I was in pain, I was in pain not because I was hurting but because I knew God you was by her side”, Those words drove her to tears, she even had to stop the car. God was telling her that he didn’t want her to give up on what she had started. He wanted her to know that the road will be tough sometimes but SHE only had to ask for his help and he would be there ready and waiting.

Everything became a blur afterwards. SHE got a phone call from a friend who said she had an event manager who would like to work with her as a volunteer. BBC1’s Dotun Adebayo asked if I could feature on his show. I received another call from Sky’s Arise News again asking her to feature on a show. Stalls sold out and we secured some top-level speakers for the Business lectures.

Our hard work continued with raising awareness for The Best of Black British Business Expo 2014’s “BUY BLACK WEEKEND” where we urged the public to support Black Businesses by buying ‘Black’ for the whole weekend.

Following a successful The Best of Black British Business Expo 2014 we hosted our first Black Business Seminar. NOIR Int’l seminars are for first time as well as established business owners. The seminars will support and provide information needed to start and maintain successful business and will also provide networking opportunities.

In October 2015 we hosted another very successful Black British Business Expo 2015 and are currently promoting our 2nd NOIR INT”L Business Seminar. NatWest Bank has sponsored all of our events thus far.