Pastor Sarah Bola Oyedele is an MBA graduate, an author, a professional Charity consultant and associate Pastor at Deliverance Outreach Ministry, London. Called to lead women as a vessel of honour and vessel of deliverance.

She is focused on equipping women with the spirit of excellence through spiritual warfare prayers and designed an ongoing prayer chain group of about 300 women since 2010.

She pioneered Ruth Generation Foundation – mentoring charity to strengthen character and healthy relationships in women & girls. She began the Prayer movement “Mothers On The Streets” in 2017, leading women to stand together in strong intercession to stop the violence and killings of children & youths on the streets of London. She is an author of four books with another two “Woman Trim Your Lamp” and “Workplace Warfare” to be released later in the year. 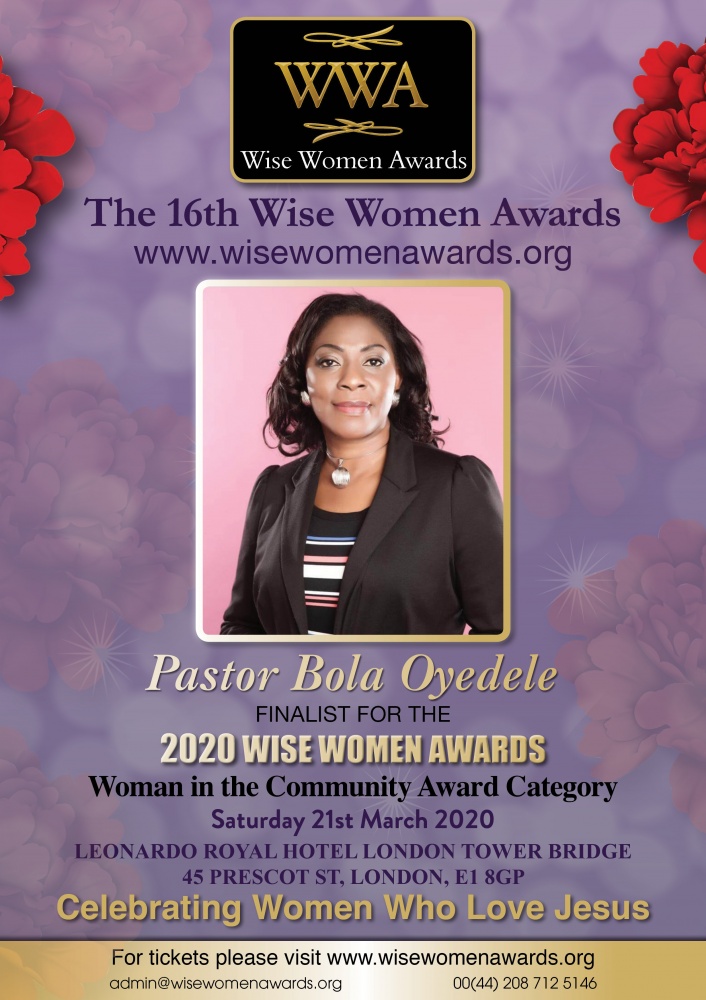