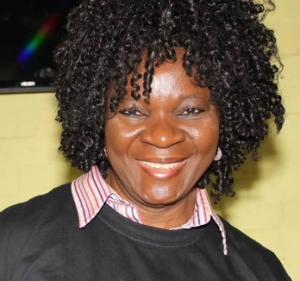 Olutoyin Ogunbanjo, an active 60-year-old woman working hard to touch lives not only in the community but also in the church and her family all round.

Due to Her natural instinct to lend an emotional helping hand to people, she worked as a Christian counsellor who for over 2 years, and became a columnist for a popular magazine in Nigeria. She was “Dear Comfort” – an “Agony Aunt” who attended to letters from readers dealing with different kinds of emotional and relationship issues and offering advice as a way forward in their lives.

Her passion developed into setting up the charity – Listening Ears in 2006 in London, to answer to a calling to provide “Comfort to the hurting”. The charity based in the Royal Borough of Greenwich has been making a difference in the lives of women and girls from ages 7-99 years for 10 years. The charity is successfully breaking down the walls of isolation in the lives of women aged 50+ with “Feel good Friday” and “Community Angels” project; developing confidence and life skills in girls preparing them for womanhood, called Rosebud project; and Steps2iving project for empowering people of all ages to enjoy improved health and total wellbeing.

Through Toyin’s work Listening Ears has worked with over 50 volunteers with herself as part-time staff but giving in full time hours over the 10year period. This is her sacrifice to work tirelessly to bring change to the lives of all their service users.

Record achievements of her work include: 500 girls and young people; 230 older women; 160 community members all benefitted from the four existing projects effectively.

She has won various awards including – Best Community-Based Business in Greenwich in 2008 and Community Involvement Category of the London Business Awards 2010.

Listening ears is highly recognised and supported by the local community, businesses, the borough council and distinct funders and have numerous waiting lists on all their projects, with increasing demand from neighbouring boroughs, charities and churches to replicate the successful models of their projects.

She is a woman worthy of accolade for all her good work to build this Charity, that is making remarkable difference in Greenwich borough.