Ni-Cola has performed at countless events up and down the country and internationally, from high schools, festivals, concerts, nightclubs, outreaches, Television, Radio and Conferences.

In 2010 Ni-Cola embarked on a 20 date US college TOUR across Ohio, Baltimore and Alabama playing at the world renowned Historically Black College, Tuskeegee University which the singer noted was such an honour and momentous occasion.

On Ni-Cola’s return to the UK, she successfully headlined her own UK Tour showcasing her sophomore album “Love Out Loud’ which presented further accolades to the “Lil lady with the big voice”, receiving TWO nominations for the prestigious MOBO award for “Best Gosp el Act” in 2012 and 2015 and also a nomination for the Urban Music Awards (UMA’s) in 2015 for “Best Gospel Act.

Ni-Cola was invited to perform at the Barbados Gospel fest alongside the likes of Tye Tribbett, Damita Haddon, and Hezekiah Walker. On her return to the UK she made a debut performance at the “House of Commons” performing her cover of “Alabaster Box”. Ni-Cola took a few years away from music to focus on her charity work with disadvantaged young people in Manchester, but has made an incredible come back with her recent singles. The singer recalls, “I wasn’t quite sure if I had any more songs left in me, but the passion to perform and create music never died”. The singer/songwriter from Manchester has just finished her “Champion Schools tour”, where she performed for over 5000 kids during their school assemblies, with a huge live gig celebration at the end with many young people making personal commitments to follow Jesus and embark on a discipleship journey. The tour was hosted by Warrington Youth For Christ, and focused on raising young people’s aspirations raising awareness around mental health and mixed in with music and faith. 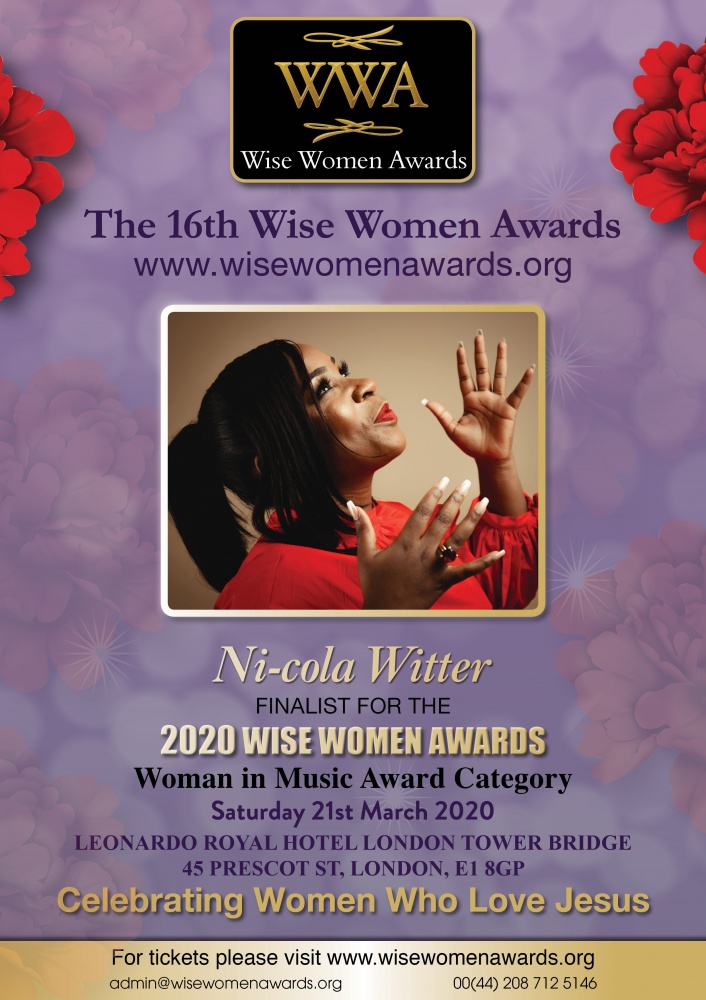