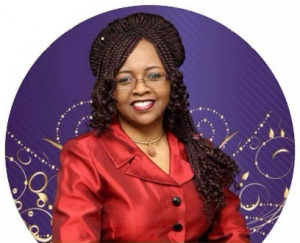 Fikelephi Jackson is an Award-Winning Humanitarian Activist. Fikelephi runs her own weekly online radio show called, Against All Odds Radio Show, on Oasis Universal Radio of which she is a Co-Founder. Fikelephi is happily married and a mother of seven children. She is an author, a mentor, speaker and broadcaster. Popularly, known through her work and book titled, ‘Against All Odds I Survived!’ which has touched the lives and hearts of many women all around the world. Fikelephi’s efforts, carries a message of hope, restoration, and forgiveness. She offers her services to different organisations, one of which is with a Domestic Violence organisations namely, Victim Support UK and is also one of the leaders within her church.

Fikelephi’s mentoring programme continues to make a positive impact on the many lives that she personally touches. Fikelephi is on a Mission to rebuild lives, restore hope & Restore Dignity. As the Founder and CEO of ‘Against All Odds Still Standing’ (AOS) a non-profit organisation, Fikelephi and her team has managed to raised funds for African children to Sponsor over sixty secondary students for the past four years. This has given hope to beneficiary children for a brighter future. Furthermore, AOS have supported victims and vulnerable women to gender based abuses, widows, HIV/Aids and widows. She has over the past 4 years been on Mission trips to Malawi and now to Zimbabwe & Zambia. Together with her Team Fikelephi believes in Empowerment of Women & Girls in Africa, in other words don’t just give them Fish but ‘TEACH THEM HOW TO FISH’

Making much impact within her community, Fikelephi is now a sort after activist; she was welcomed by the Malawi Government. Through all these activities, her impact as a Christian and Humanitarian Activist, has shown people’s lives are being changed for the better, whether, directly or indirectly.