Evangelist Mrs Gloria Coroneta Morris is a retired NHS Nurse and Pastor of the Church of God of Prophecy, Knowle West, Bristol. For many years during her retirement, she has served as Management Committee Chair of the Golden Agers Club in Easton, Bristol. She is known as a tireless campaigner for the elderly residents of Bristol and sits on several steering bodies. She has received commendations from the Lord Mayor of Bristol and many other organisations. At Easter 2019, she was invited by the Queen to attend the Royal Maundy Service in St George’s Chapel, Windsor Castle at which she was a recipient of the ‘Maundy money’ in recognition of her services to the life of the church and community.

Gloria is quoted as saying, “The group started in 1991. The elders at the time had nowhere to go after church and wanted somewhere to go to socialise. And so, Golden Agers was formed. Then they found they wanted more than just sitting and chatting, they wanted to open it up to the community. We got a small amount of funding from Bristol City Council to offer activities at the group like sewing and exercise classes.”

Gloria is an extremely busy woman. As well as volunteering with Golden Agers, she is a volunteer for We Care and Repair, Bristol Older People’s Forum, Bristol Aging Better Board and she’s involved in the Celebrating Age Festival. In an interview with the magazine, “Up My Street”, Gloria commented on what keeps her going, “One of the main things for me is that I have a faith: I feel the Lord gives me strength. I feel that as long as I can still get up in the morning, I can do something. I see how people change from when they first come to the group, how it benefits them, and that really gives me a boost.”

Gloria, a woman of the Windrush generation, remains an active member of her local church, teaching regularly on Sunday mornings and still leads the Women’s Ministries team. She is a wise counsellor and mentor to many, not least, her son, Bishop Bernard Morris, her three daughters and their husbands and her precious nine grandchildren. 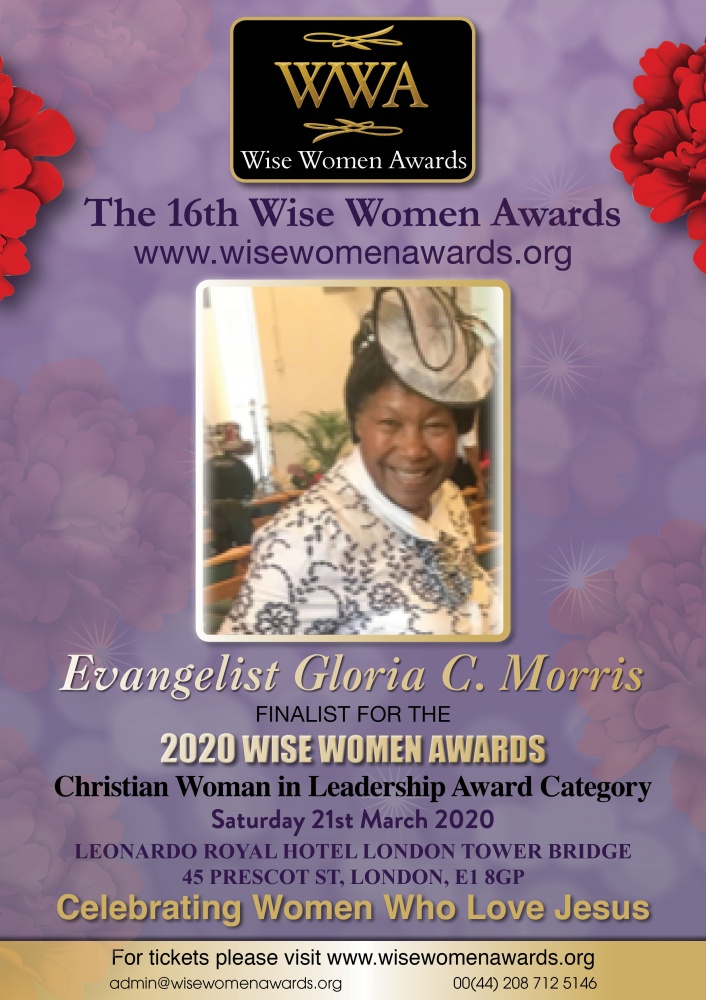