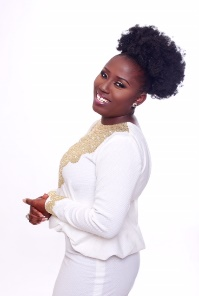 Diana Hamilton is a music phenomenon on the rise, a multi-octave and gifted artiste whose vocal ability has positioned her as one of the industry’s best-loved talents and a leading voice in contemporary African gospel music. Coupled with an inspired writer’s hand in music and words, she has become one of African gospel’s most talked-about talents across the world. An incredibly gifted Holy Spirit filled songstress who takes her calling very serious.

With a strong desire to draw people to a deeper relationship with God, she deems it an honour and a privilege to stand and lead God’s children in the art of spiritual intimacy through music. An inspirational worship leader across the world; her ministry has taken her to counties across the world including USA, Italy, Belgium, Canada, Holland and Germany.

Diana developed a profound passion for music at a very tender age. She has 3 hit albums to her credit and released her fourth titled “Yehowah’ in September 2015 which is receiving tremendous airplay. Her inspirational songs continue to encourage many across world.

Diana volunteered as a peace ambassador in recent elections in Ghana, and is an advocate for ‘Healthy Lifestyles” in Ghana. She also supports various charitable causes.

The third of eight siblings, she is married with a set of twins. She remains a mentor for many upcoming gospel musicians whilst finding time to mentor youth in her local church.