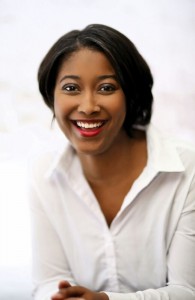 I believe Dr Diahanne Rhiney to be a pioneering figure in the media industry. Having admired her career for several years, it is my belief that she is an ideal candidate for the ‘Christian Women Serving in the Media’ category.

She has worked in media for more than 25 years and made a vast impact with her Christian ethics at the forefront of her work. Her media company, the Diahanne Rhiney Consultancy, was notably the first to specialise in diversity marketing and race relations in a way that was inclusive to people of strong moral fibre, from minority communities and of colour; those who are typically overlooked by other Media Relations companies.

The Diahanne Rhiney Consultancy took the brave step to be inclusive in their endeavours by representing clients and creating their communications, radio, TV, sponsorship and advertising to the relevant platforms to boost their message in a uniquely inclusive way.

I believe that to date, it is a rarity to encounter Media companies who are willing to exclusively represent those with a social conscience and to assist them in making a real community impact. Diahanne Rhiney consultancy is a global media company that operates on a Transatlantic level and has significant, unique and lasting impact.

Dr Rhiney’s major achievements in media is primarily the first to found diversity marketing which resulted Dr Rhiney being awarded with the NatWest Everywoman Athena Award in 2009.

Aside from working on crucial health campaigns (including a large-scale prostate campaign which significantly raised awareness amongst Asian men and many other race/ethnicity specific diseases), her achievements have also led to several high-profile interviews, including her renowned interview with the late Coretta Scott-King and Maya Angelou.

Dr Rhiney has put marginalised groups on the map via her strategic, cutting edge media campaigns. Dr Rhiney’s impact is vast because she has spent decades focusing on giving marginalised communities a voice. Her work has long term impact in terms of changing mind-sets and practice.

It is Dr Rhiney’s belief that anyone who works hard makes huge sacrifices. Hers are a little different to the norm; Dr Rhiney has made many sacrifices due to her relentlessness in maintaining her Christian beliefs.

There have been times she has refused to be ‘dumbed down’, change her appearance and generally ‘play the game’. This has resulted in the loss of friendship and business opportunities. Dr Rhiney is quoted on her website as saying: ‘Money is not my god. If something doesn’t sit with my Christian values and my morals about humanity, I refuse to do it. Sadly, when you maintain high views and morals you often stand alone.’ Ultimately, Dr Rhiney has sacrificed the ‘quick wins’ for the slow burn. Sacrificing the big money contracts for philanthropy and core Christian beliefs.