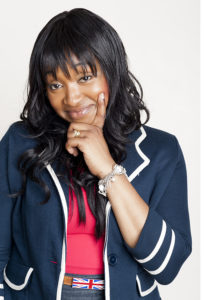 Marie Reid, Singer/Song writer, author and creator of the successful My Truth Card Game, the conversational card game for couples recently celebrated a marriage of 19 years to -date with her amazing husband Clifton Reid. Marie began singing at the tender age of 13 leading her local church in praise and worship and hasn’t looked back since. Marie sang in and directed local and national choirs and was privileged to tour the US, Jamaica and Europe. She teamed up with Lurine Cato and formed the group Redeemed – where they shared the stage with Kirk Franklin, Hezekiah Walker and many others.

In 2011 the Croydon based couple formed the duo Clif & Marie, each being established singers in their own right. They released their debut single ‘I will Sing’ in 2011 and then their full album ‘If Only’ in 2012, with Marie having penned most of the songs. A further 7 single releases followed, with a joint venture with a high profile MOBO winning artists. Their stage performance is best described as vibrant and exuberant. They have been described having the ability to usher people into the presence of God.

As well as singing, the entrepreneurs have presented a Radio show on UGN, lead worship, own a graphic design company, Marie has written the first in a trilogy of children’s adventure books called Trilogy 5th Dimension and more recently started their own ministry. TV appearances include Revelation TV and VOX Africa and an expanding profile across other media platforms such as Pride and MOBO magazine. After 20 years of marriage this year July, the future is bright.