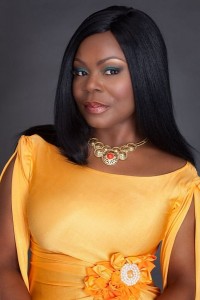 Isabella Ogo-Uzodike has become – in a relatively short time – a force and influencer on the Gospel Music scene. As an independent artist Isabella has self-funded five products in six years.

Isabella has set standards in her visual image and presentation. Its been consistent and exemplary with her special events ‘FOR THE GROOM’. Further Isabella has established a international charity initiative called WAOMM – Women of African Origin in Music Ministry that has enable UK to be seen as leading an ambassadorial approach.

In a step forward to this Isabella has personally sponsored young artists to attend music training and increase their knowledge – for example sending them to Pathways for Music Ministry Success and taking them to GMIA – Gospel Music Industry Alliance events..

Isabella has also written a book about Worship and Music. It has enabled her to communicate at multi-level media – through performance, speaking, leadership, visual media (videos) and recordings.

Through her latest release Isabella has set new standards for female worship leader original songwriting and in my view has set a new sonic sound with her simple but powerful lyrics and melodies that lives up to her stage name – Isabellamelodies. It has resulted for the first time in her being invited as a guest worship leader at Kingdom Worship Movement 2016 – the largest of its kind connected to our scene

Finally and foremost – Isabella has shown that you can be a successful mother, wife and also Pastor: In all of her work Isabella has encouraged Pastoral leadership; together with her husband she provides counselling in marriage and health.

In summary Isabella has shown she is a balanced, inspirational artists and all round personality, setting standards and achieving goals. Her breadth and depth gives her good reason to hold the title of Women in Music WWA 2016