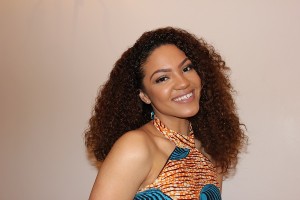 This amazingly talented young woman has worked with our organisation since Sept 2015. However we have known of her and her work for the past 5 years. Since the tender young school age, Camara has actively been involved in mentoring, songwriting, performing and numerous charity ventures. She has written, recorded and performed her songs which were geared in the main at raising the awareness around the growing issues of youth crime in the country. In the early days, she devoted some of her personal time into visiting estates and speaking with gang members. Camara has also actively been in involved in mentoring younger people as well as vocal tuition with various organisations in London. The pursuit of her passion has at times been at the sacrifice of school work which she has been known to spend the late hours catching up on coursework.

Recently her accomplishments has extended to having her own column in the Phoenix newspaper, she researches and writes the articles for the newspaper which is based in Birmingham. In each edition she covers organisations and individuals who have made an impact in society in one way or another.

We are Word 4 Weapons, a weapons surrender organisation which operates in both London and the West Midlands. Since joining us in September Camara has hit the ground running by coming on board as a co-ordinator. She joined at a crucial time when we needed we had major projects including the organising of our 2015 awards in the West Midlands. Camara was effective, efficient and excellent in executing the co-ordination and administration of the event ensuring it came he event came off as a great success. In light of all of the above and more, we would believe Camara Fearon to be a worthy nominee in the category of Exceptional Young Christian Woman.